With a growing number of remote employees and the popularity of remote services, companies invest more and more in cloud computing and virtualization. Multiple SaaS solutions and end-users contribute to it as well, creating the need for a more effective and resilient DPC infrastructure for enterprise networks of various levels.

A few years ago, most DPC networks were based on the traditional three-tier architecture. This architecture came from campus area networks. The traditional three-tier architecture is effective for most traffic models, including Southbound and Northbound DPC networks. It is widely used in practice and is mature and stable. However, as technology advances, this architecture no longer satisfies the needs of DPC networks. With the development of cloud computing, horizontal, or East-West traffic, begins to dominate in data centers. This applies to almost all cloud computing, virtualization, and big data services. The horizontal traffic model becomes the bottleneck for data transmission in vertical networks. This is due to many "extra" nodes for data trafficking, including routers and switches. Host-to-host access traffic has to pass through many upstream ports, which significantly reduces performance. Thus, the three-tier principle used to build networks adversely affects their performance. In other words, the three-tier architecture that is currently the mainstream can no longer meet the requirements of DPC networks.

In the Leaf-Spine architecture, traffic can be distributed across all available channels without congestion. As the number of connections to the Leaf switches increases, the link bandwidth oversubscription ratio increases and can be reduced by increasing the link bandwidth between the Leaf and Spine switches. 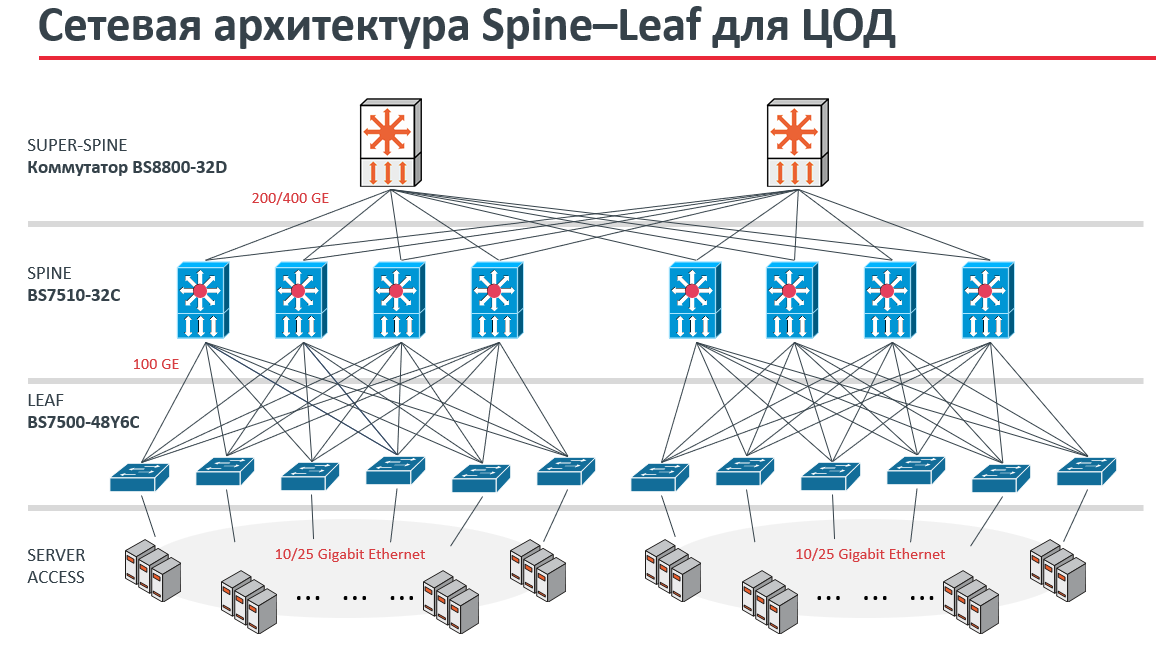